A Portrait of Courage ! 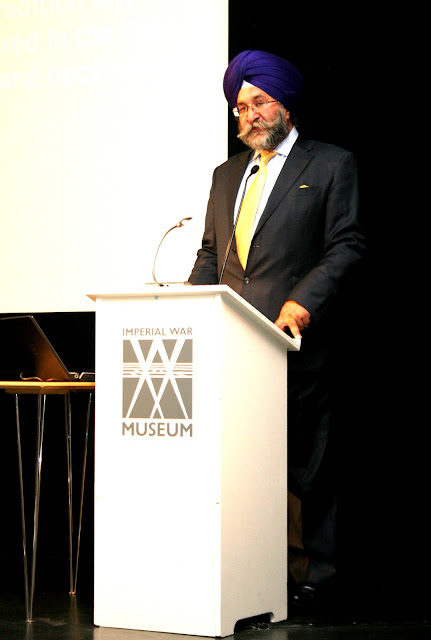 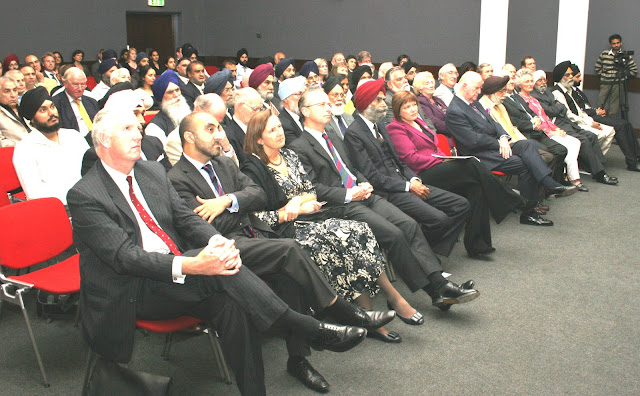 "Not to be stronger than the other, but to be stronger than self*"  is the essence of the Sikh martyrdom (shahidee) tradition. That also is the secret of Sikh invincibility in battle for the righteous cause, when Guru Gobind Singh announced  "My single Sikh shall take on thousands" (Sava lakh** se ek laraon).

A Sikh, unhesitatingly, offers sacrifice of self,  while treading the path of truthful conduct in God’s Will.  For a Sikh, that is the meaning of dharma (dharam nibhaona).

Sikh martyrdom is an expression of love for the beloved Creator Being while surrendering self in the service of His creation.

However, while Sikh martyrs are remembered in gurdwaras, there have been few initiatives which tell the world about them. One such outstanding initiative is the annual “Portraits of Courage” lecture hosted by Anglo-Sikh Heritage Trail (ASHT) in association with the Imperial War Museum.

This year’s lecture on 29 September, 2009,  “A Tradition of Valour” by Harbinder Singh Rana, Honorary Director of ASHT, was the tenth in the series. It summarised the main themes of the series to an attentive mixed audience of leading representatives from diverse fields.

Enthralled, the audience heard of the Saragarhi 21 and other martyrdoms in the Sikh military tradition.

Looking around at the Imperial War Museum background and the mixed audience including many UK VIPs, I was reminded of the African proverb quoted by Harbinder on an earlier occasion, "Until the lions tell their own history, history will always glorify the hunter."

Here, we heard the lions’ side of the story! Other more recent events in the Sikh calendar like 1984, were mentioned. There was also a reminder of the Sikh aspiration to keep Sikh military tradition alive in the UK. The issue of setting up a Sikh regiment, fighting as part of the British troops in Afghanistan, remains a live issue. We were reminded that the battle of Saragarhi was fought in the same area where the British troops are in action today. 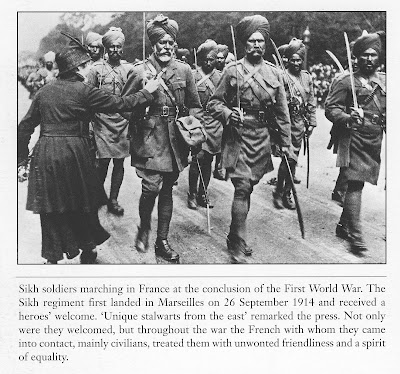 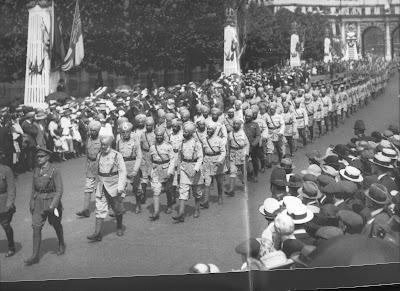 General Sir David Richards, Chief of General Staff concluded with closing comments. He accepted, that the issue of a Sikh regiment which has support from friends of the Sikhs like Prince Charles, remains on the agenda.

The background to the related ASHT nationwide initiatives, of which this lecture series is an annual milestone, provides an outstanding example of Sikh professionalism in taking Sikh identity, tradition and issues to the British establishment at high levels.

A rather nostalgic sounding limited initiative which started in 1993 as the Maharaja Duleep Singh Centenary Trust (MDSCT), achieved a major milestone when on 29 July, 1999 Prince Charles unveiled a life-size bronze statue of Maharajah Duleep Singh at Thetford, Norfolk. The Maharaja spent his years of exile at the Elveden Estate near Thetford. MDSCT expanded in scope into The Anglo Sikh Heritage Trail (ASHT) in 2004. 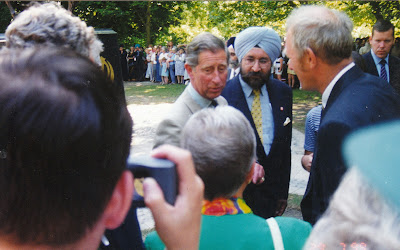 My own keen interest in these heritage related activities goes back to the unveiling of the Maharaja Duleep Singh’s statue by Prince Charles in 1999.  That was also the year when youngest brother, Dya Singh of Australia, was touring UK with his world-music group. Somehow we managed to secure invitations for the Thetford event and continue to follow Anglo-Sikh heritage developments with a close interest.

Initiatives in 1999 stressing Sikh tradition in the context of Vaisakhi 300 celebrations, also provided a watershed between 1984 events and re-emergence of Sikhs as a global community: the beginning of globalisation of Sikh identity. Dya Singh’s own Sikh “world music” initiative is a part of that positive projection of the Sikh identity and universal message to mixed world audiences.

“From Jawans to Generals” exhibition opened at Wellington Arch, Hyde Park Corner on 1st May 2002 by Prince Charles was another important achievement by ASHT led by Harbinder Singh Rana. It also gave me an opportunity to write something about the Sikh military tradition for inclusion in the information pack of the exhibition.

ASHT is now nationwide. It “highlights items of Anglo-Sikh heritage held in museums and at heritage sites” and reminds the visitors and audiences of the great heritage shared by the Sikh nation and Britain. The ethos of ASHT exhibitions and functions is that of Anglo-Sikh partnership through mutual respect. The Sikhs lost the two Anglo-Sikh wars of the 18-forties, but they were never subdued by colonial rule. The mutual but watchful respect continued until the independence of India a century later, again led by the Sikh martyrdom tradition, which made a lion’s share (!) of contribution to the Indian independence movement.

As His Royal Highness the Duke of Gloucester said when visiting the Imperial War Museum (IWM) in London on June 2 2006, “The interesting thing about the Heritage Trail is that it can be found in different points of the UK and therefore it catches people by surprise. It arouses curiosity and hopefully it will entreat people to try and find out a little bit more about the history of the way the Sikh people and the British people have come together in a significant way.” He was unveiling the latest plaque in a UK-wide scheme which highlights items of Anglo-Sikh heritage held in countrywide museums and heritage sites.

“Portraits of Courage” lectures in the UK are part of the process of globalisation of Sikh identity started in a positive spirit in 1999. International Sikh icons like Dr Manmohan Singh the Indian PM and sportsmen like Monty Panesar (who attended the lecture) have taken the Sikh identity to the world. 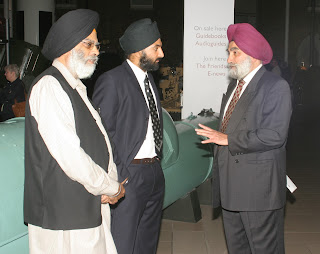 The 9/11 “mistaken identity” challenge can be met if the Sikh contribution to the defence of human rights is explained to the world. Every Sikh who carries his identity with pride, represents the portraits of courage which fill the pages of Sikh history.