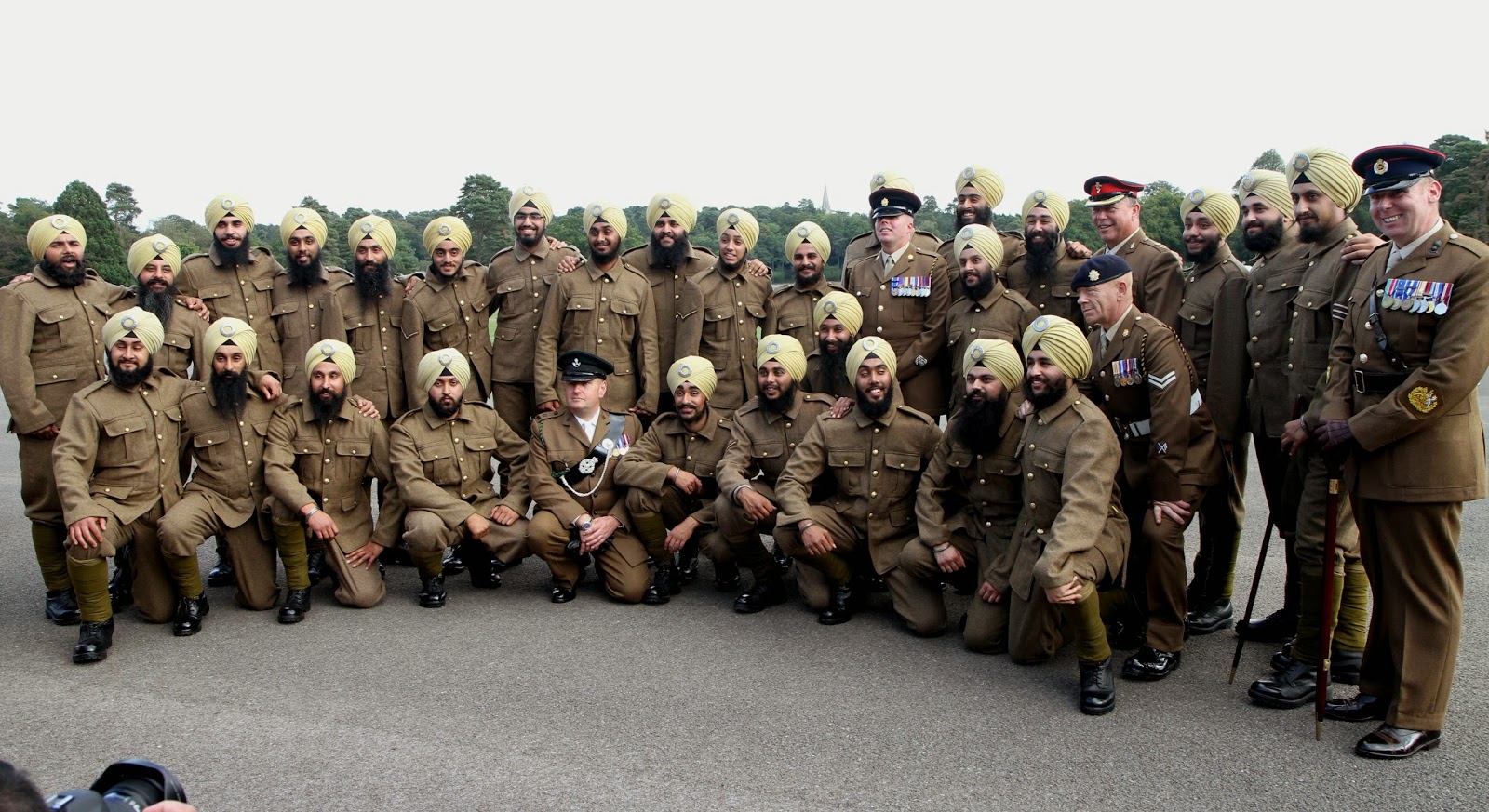 The invitation from 1914 Sikhs Directorate  read, “On 12th September 2014 the British Army will be hosting an event dedicated to Saragarhi Day and this will also see the launch of the BAFSA(British Armed Forces Sikh Association).  This is to be hosted at the prestigious Royal MilitaryAcademy, Sandhurst and will culminate in a march past by the 1914Sikhs platoon.”
It was only after attending that I realised how important and historic the event was !  Even more so the following morning, when I turned on the TV.  “BBC 24 Hours” peak time morning news was already showing those awe-inspiring British Singh jawans, resplendent in their First World War Sikh regiment uniforms filling the TV screen.  Not only has the British army acknowledged (at last) and “honoured the contribution made by Sikh soldiers during World War One”,  but even the British mainstream media has woken up to that historical fact.  No longer are the Sikhs lost in generalised labels like “Indians” or “Asians”.  They stand tall as “Sikhs”.

Having done some army training while at High School in Malaya,  I am only too well aware how much training these young 36 Sikh volunteers would have put in to achieve the high standard that they displayed marching up and down the parade ground at Sandhurst. Full credit goes to Anglo-Sikh Heritage Trail (sister organisation Maharaja Duleep Singh Centennial Trust) for much hard work behind the scenes.

In the Indian Army Memorial Room, Lord Indarjit Singh delivered a well balanced speech followed by others. With the two visible identity Sikh Lords present - the other being recently appointed Lord Ranbir Singh Suri - all played their part.  Many Sikh community leaders, including from Sikh Federation UK, were there with also a good mix of smartly dressed young Sikh men and women, boys and girls. 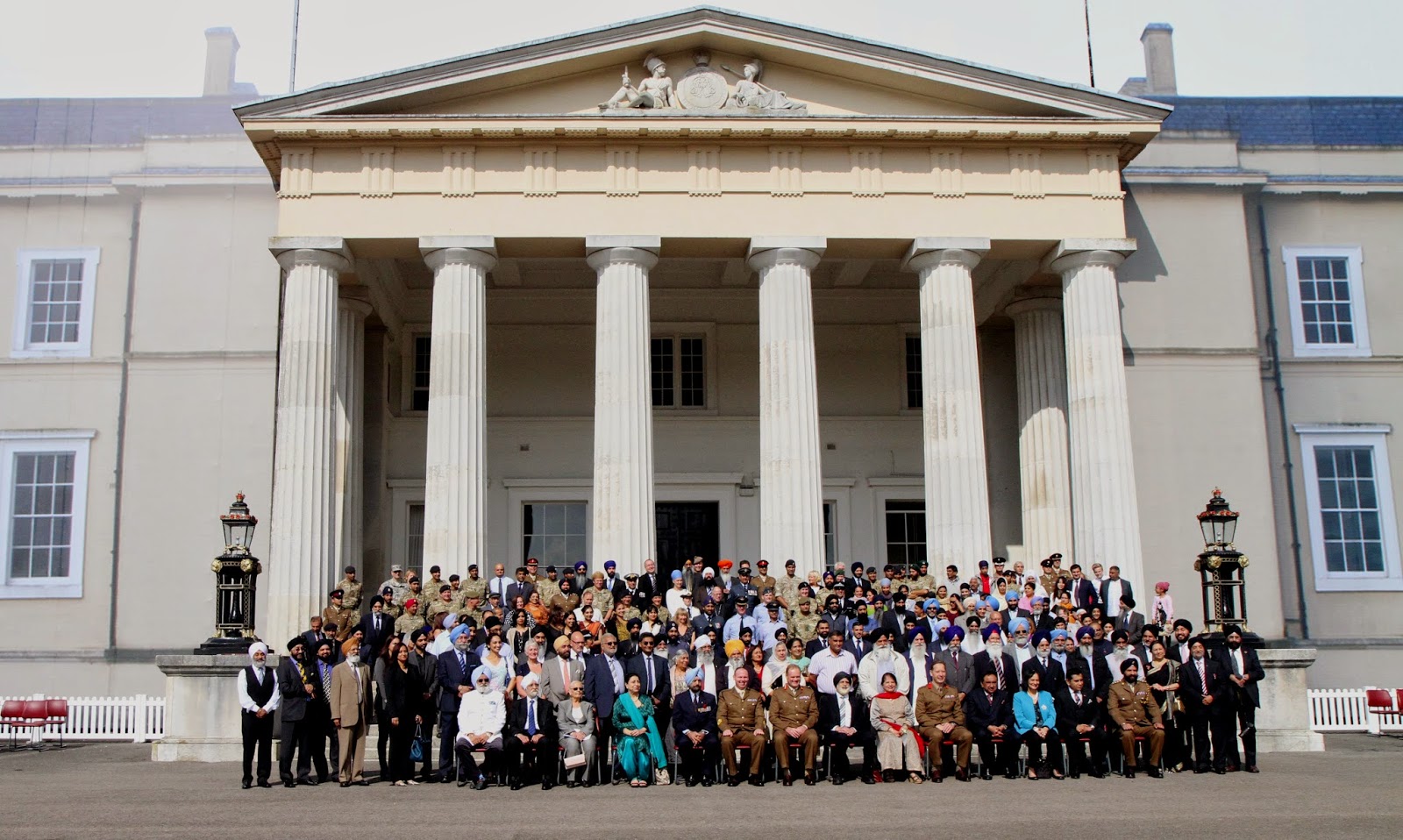 It was an opportunity to meet many old and new faces, and to also mix with serving Sikhs in the British army and at least one Squadron Leader from the Royal Airforce.  A short exchange with Lord Suri confirmed my own first impression that his cultured presence in the Lords will certainly add to British Sikh influence in the Lords.  It was a pleasure meeting him; and a bonus having a photo taken with both Sikh Lords and their wives. (Something for the family album!)

Such a show of British Sikh solidarity as we remembered the epic battle of  Saragarhi, gives us a hope for the future that we will be counted and recognised as “Sikh” and as “British”.

British Sikhs can progress when there is recognition of complementary roles and skills, above personality level.   We congratulate those young British Sikhs in uniforms, proud of their Sikh identity.  They will continue to show us the way forward, as they march in step to “take part in ceremonial and re-enactment parades  during the next 4 years.” (quote 1914 Sikhs Directorate) 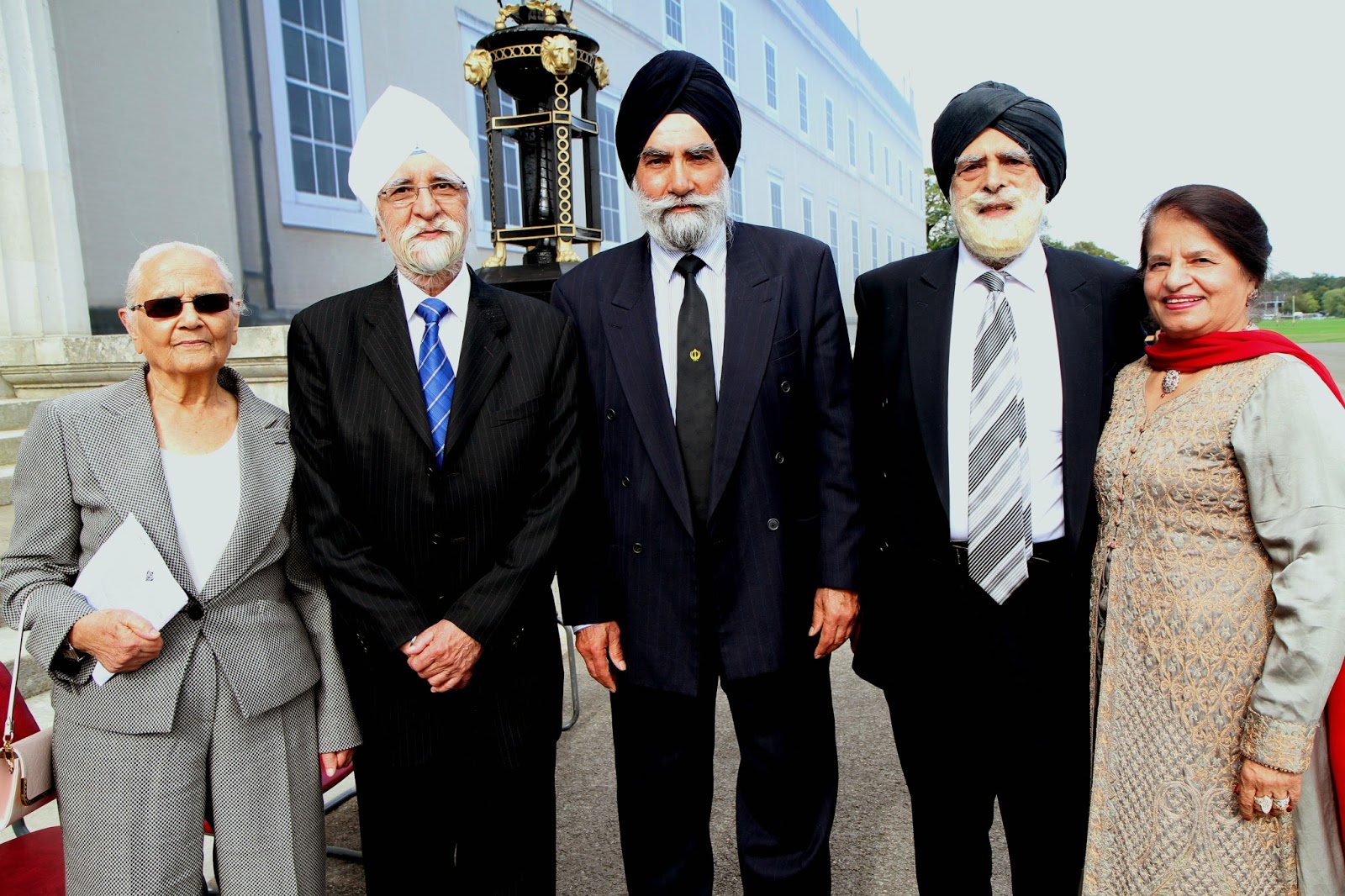