" A living spirit possesses the whole Sikh people, and the impress of Gobind has not only elevated and altered the constitution of their minds, but has operated materially and given amplitude to their physical frames. The features and external form of a whole people have been modified......"
(J. D Cunningham, History of the Sikhs p.75  1985 edition, S. Chand & Co New Delhi) 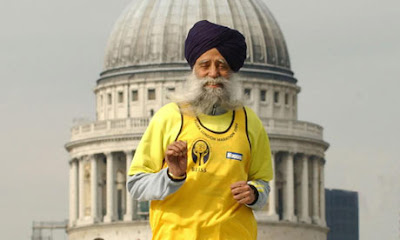 There are numerous references in Guru Granth Sahib stressing mind-body harmony (link); and that physical ailments can be overcome through meditation.

“O’ my mind, you are the embodiment of Divine Light, know your Source.”
(Guru Granth Sahib page 441)

Mind can activate the body through “udham” which is continual impulse to exert oneself.  Sikh social activism is based on the oft repeated themes of udham, ghaal and Nadar .  Very simply, ghaal is sustained udham which leads to Nadar, the realisation of the goal of human life through the Grace of the Creator in this life.

Sikh faith is less concerned with hereafter, except as a reminder that this life is a passing phase in the evolution of the human soul. Look after here and now, remain in ascending positive spirit (chardhi kalla), and hereafter will look after itself!

The Creator resides in nature and is ever fresh and strong - Nit nava(n) naroa. One close to God, attains God attributes through constant God awareness by remaining ever fresh and full of energy and vitality.

Food and lifestyle are important aspects of Sikh teachings. Moderation in eating, prohibition of alcohol and use of drugs, and; moderate sleep are recommended.  Otherwise, other than specific and strict prohibition of the use of tobacco, there are few taboos in the Sikh faith. Some prefer to misinterpret “moderation” in Sikh teachings to assume that, except for total ban on smoking, moderation in eating, drinking and sleeping is a matter for personal interpretation!

This life style extends to socio-political activism (service) in this life, while remaining detached in God awareness in God’s Will (Hukam or Rza).  One important aspect of this ideology is living an active life in the service of the community and God’s creation.

The ultimate spiritual goal of this life is to attain a state of equipoise (sehaj avastha or anad) while remaining immersed in God awareness; and actively serving creation.

Guru Nanak’s “miri-piri” religio-social ideology gave rise to the holy congregation (sangat), community kitchen (sharing); and, sewa i.e. a pecualiarly Sikh spiritual aspect which promotes Sikh socio-political activism while remaining humble and not expecting any reward. Such an ideology demands an active life style in which mind/body health and physical fitness are important.

Sikhs started taking a keen interest in physical fitness and sports during the early 10 Guru-person period (1469 to 1708). Games and exerices associated with Punjab – the land of Five Rivers - included:  wrestling, probably games like some older version of kabadi, horse riding, lancing the peg, gatka for exercise and self defence, leading on to Sikh marshal arts tradition.

The names of  Nanak II: Guru Angad (Guruship 1539 - 1552) and Baba Budha (1506–1631) who was
blessed with long life by Guru Nanak, are associated with physical exercises and training in self defence.
Guru Angad established the “akhara” – sports arena - next to the gurdwara. The Guru himself taught the art of wrestling. 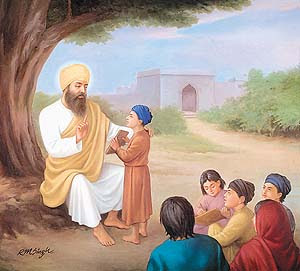 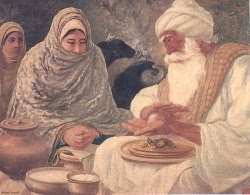 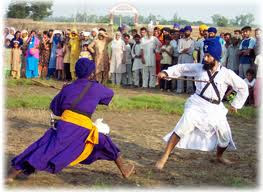 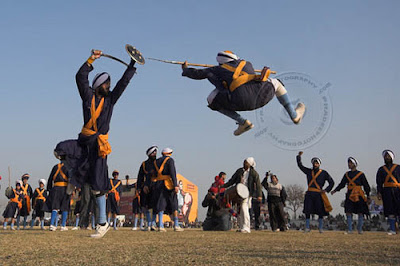 With the heritage of miri-piri ideolgy of Guru Nanak interpreted into physical fitness; and, body and mind harmony

Sikhs extended their skills to western sports.
There have been many outstanding Sikh Olympians in sports like: hockey, cricket, athletics and wrestling. 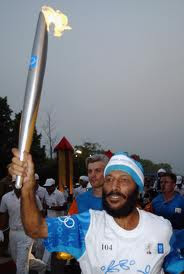 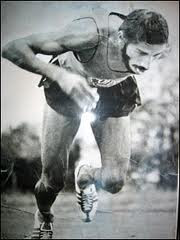 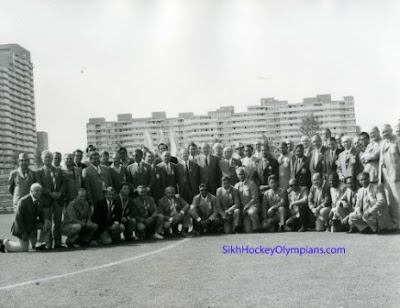 132 Sikhs have played hockey at Olympic Games since 1928 representing 9 countries: 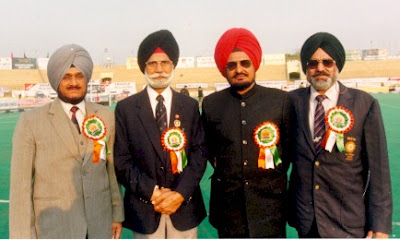 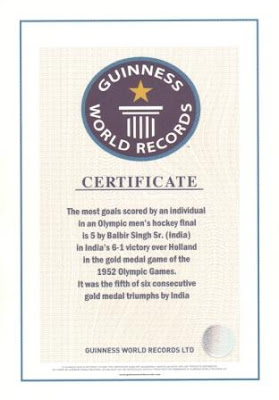 
Panjabis including Sikhs love wrestling and Kabadi. Images of some wrestlers: 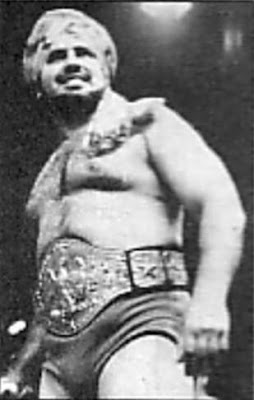 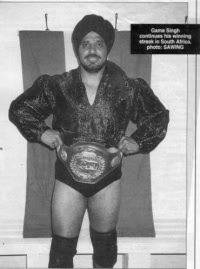 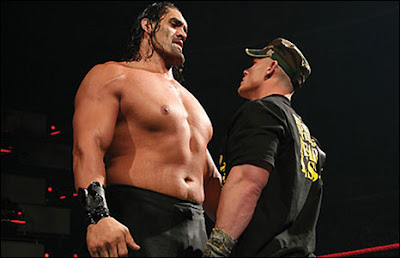 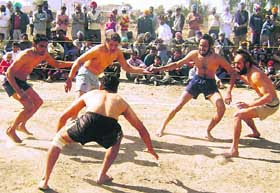 Kabadi - a popular Sikh sport which tests strength and agility.
Sikhs have made a name in cricket also: 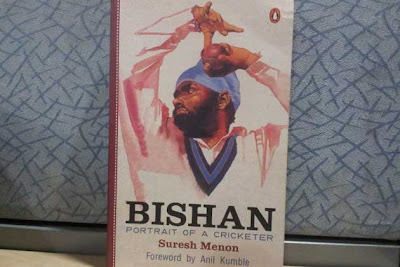 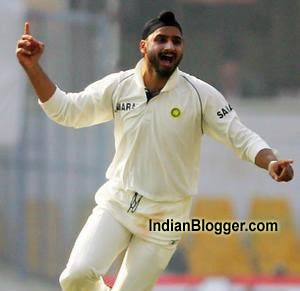 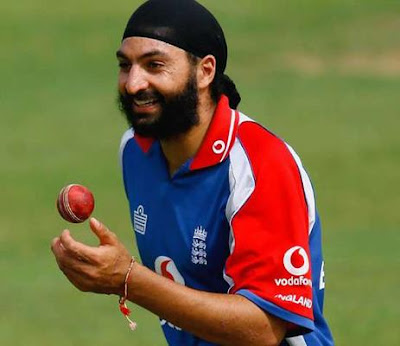 And, of course, our own Monty Panesar of UK 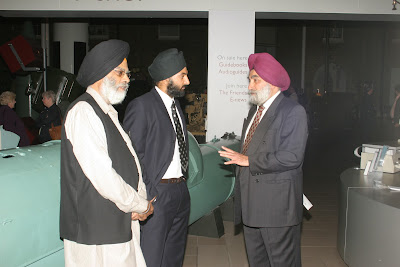