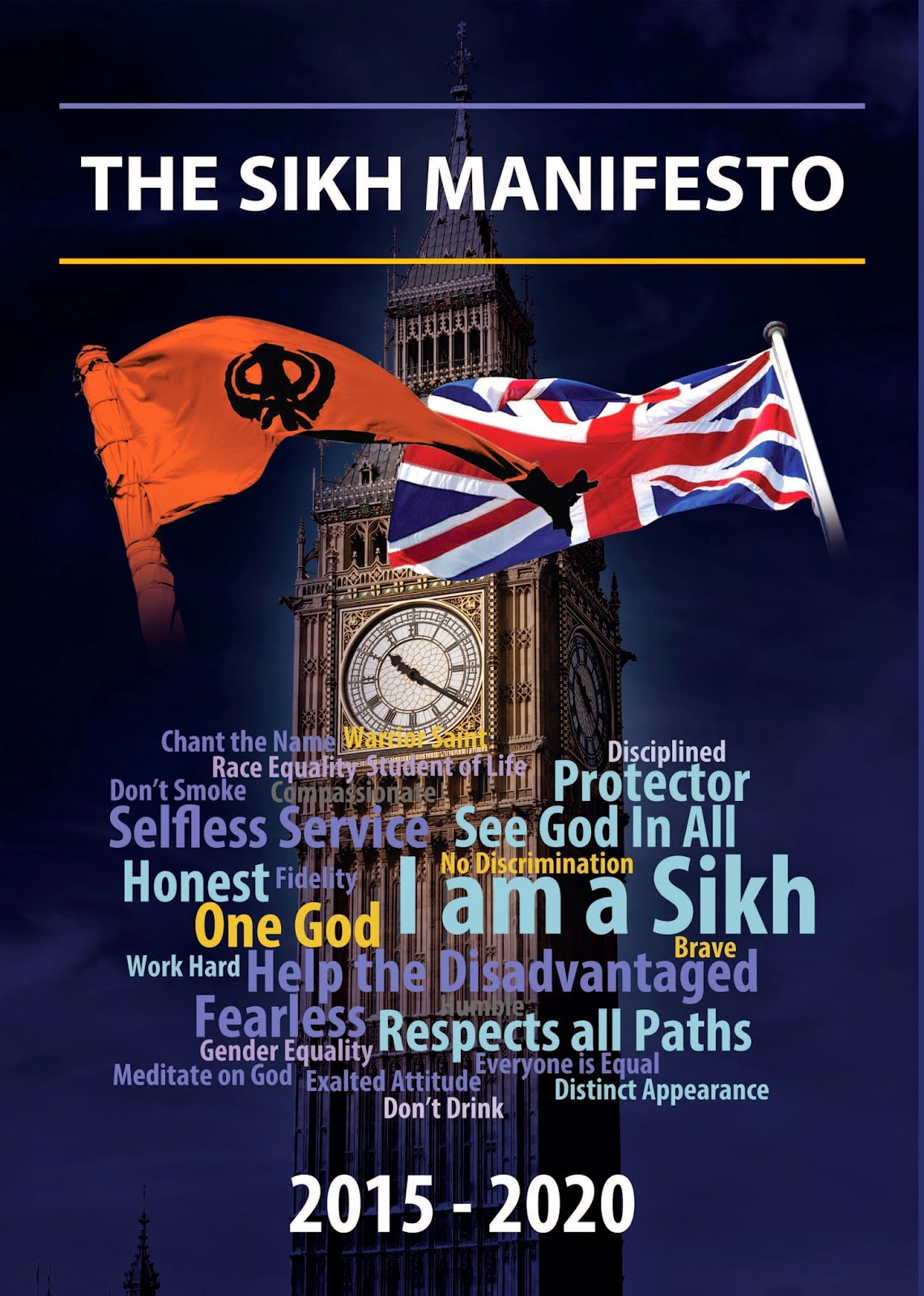 It is a typical winter Sunday morning in London (UK) and we are watching a BBC TV programme, “The Big Questions”. The discussion before selected participants is about the Holocaust. We can see an identity Sikh in the group. We are given the impression at the outset that at some point, the discussion would move on to non-European genocides in the 20th Century.

Did the world learn any lessons from the Holocaust? We hope that the Sikh on TV – a rare sight ! -  would be given an opportunity to take part. Maybe, even 1984 would be mentioned.

We are disappointed. Other pogroms are mentioned in passing; but the presenter keeps talking to the same, articulate four or five, Jewish speakers about the Holocaust.  In fact, as is often noticeable, the cameras seem to avoid the turban wearing Sikh in the discussion group.

A British Prime Minister, Margaret Thatcher, who was in Delhi only a few days after the nationwide massacre of Sikhs in November 1984, had no problem ignoring the thousands who lost their lives in Delhi and the rest of India only a few days before her visit. Instead, she returned to the UK to muzzle her fellow citizens, the British Sikhs!

The French have no problem forgetting the thousands of proud turban wearing Sikhs who gave their lives for Europe’s freedom.

Yet, there is greater political awareness amongst the 500,000 plus British Sikhs today than ever before in the last 60 years.  Sikhs are law abiding and least dependent, loyal British citizens. As such, they have their rights to be seen and heard as a distinct community in the diverse British society.

Political engagement is the need of every significant community in the British plural society to safeguard community interests within the wider national programmes. Respect for diversity and for the rights of minorities should be an important component of the manifestos of all political parties in a true democracy.

Whole hearted participation in the life of the nation has been stressed by visiting prominent Sikhs like Sardar Tarlochan Singh ex-Indian MP and Chair of the National Commission for Minorities (March 2003 – March 2006).

Politicians need to be reminded periodically of what those values are which unite diversity as one nation.  Let us take the French ban on the wearing of turbans by Sikh children in French schools in relation to the main objective of the European Community (EC).  That objective is unrestricted movement of workers, goods and capital. Any restrictions on the free movement of these components of an open market by any EC country can be challenged under EC law. At least such restriction would not be in the true spirit of a “common market”, and the underlying concept of EC begins to be eroded.

British Sikhs fail to understand why the successive British Governments have not challenged the French to get the turban ban lifted, because it restricts movement of British Sikh families to France as workers.

If British politicians need reminding about the significance of the turban in the Sikh psyche then, despite over 200 years of Anglo-Sikh relations, we should educate them.

And so, the need for a “Sikh Manifesto” as a reminder to the political parties that the votes of over half a million Sikh in the UK do count, even if, regrettably, they are not counted or monitored under the current system for collating statistics by the Office for National Statistics! (That is another item of concern in the Sikh Manifesto). In this way the Sikh Manifesto would become part of the policy of the next government. It would also brief individual MPs of Sikh issues which they would be expected to represent on behalf of their Sikh constituents in the next Parliament.

The Sikh Manifesto would be specific to British Sikh needs; but it would be based on universal egalitarian Sikhi principles of equality and a level playing field for all. These are also the British values which unite diverse cultures and religions while sharing core human values as one nation.

In today’s diverse British society, political party manifestos for national programmes, also need space for minority issues and concerns, so that these are addressed by the party or coalition which forms the next government . That is the main purpose of the Sikh Manifesto. The document is a briefing for national political parties, from the Sikh perspective.  It is also a good example for other significant British minorities.

The difference this time is that well educated next generation Sikhs have been involved. They have owned this 10-point briefing for the General Election on 7 May this year to inform the UK political parties, Parliamentary candidates and voters.

Article may be published with acknowledgement.
Other articles at following links:
http://www.panjabtimes.co.uk   - at Sampadki (Editorial) &News & Views" and WW1 serial.

http://www.sikhmissionarysociety.org/
(see at "Articles" under "Articles on Sikh Ideology and Identity".)