Why No UK Sikh MPs: An Alternative View 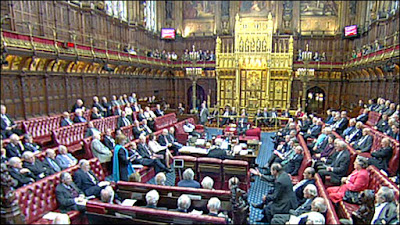 Recent articles have given some good reasons for the absence of Sikh Members of Parliament in the UK.  However, it is clear that some, especially Indian journalists, tend to read too much negativity into this outcome; while others do not understand the British system for selecting Parliamentary candidates by the main political parties.

In the UK,  politics does not pay.  Most well qualified next generation Sikhs, otherwise doing well in many professions, have shown hardly any interest in political careers. That can change over the next few years.

Members of Parliament are there to raise issues on behalf of all their constituents.  Some non-Sikh MPs have become Sikh household names.  An outstanding example was the late Sydney Bidwell, MP (Southall) of "The Turban Victory" fame. Piara Singh Khabra, the first Sikh MP, who replaced him, was not known for raising any Sikh, or even other important issues, in the Parliament. Raising Sikh issues is more important than a Sikh MP in Parliament who is unable to articulate them in the right context of national issues.

It is true that identity Sikh MPs of the right calibre would also raise the Sikh profile in the Parliament and the British establishment, including the mainstream media.  Therefore, we also need Sikh MPs, preferably full identity Sikhs.  Lack of Sikh unity has been given as the main reason for this.  That is rather a simplistic view expressed mostly by those who believe in some sort of block voting system along Indian political lines; or, who do not understand the British political system.

Firstly, we can discard block-voting by British Sikhs. Other communities would adopt such tactics; but it is highly unlikely that the independent minded Sikhs would adopt such tactics – except for certain Punjabi localities like Southall. Every Sikh, as a British citizen, should vote according to own assessment of each candidate’s suitability, taking into account national needs and the extent to which the manifesto of the main party to which the candidate belongs, meets them. A candidate’s knowledge of Sikh aspirations and needs would be a plus point for Sikh voters.

The need is for MPs, Sikh or non-Sikh, who would also raise Sikh issues and concerns. The Sikh Manifesto prioritises these under ten main headings. The list is not exhaustive; but is a good a start.  It was sent to Parliamentary candidates before the election and will continue to be updated and re-presented to MPs in the years to come and their performance continually assessed.

A Sikh candidate of the right calibre, winning a seat in Parliament will make the Sikhs proud, not only by winning; but also each time he stands up to speak! Not just Sikh men, we should also encourage well qualified Sikh women to stand for elections.  At the end of the day the important thing is to be able to raise the Sikh profile through outstanding performance and to pave the way for more Sikhs of the right calibre and political ambition to enter the Parliament.

A Sikh MP who is unable to articulate national and local issues, can also give a negative impression of the Sikhs.

Joining a political party and working for a number of years at local level while overcoming any prejudices through community service, is a pre-condition for getting selected as a candidate and succeeding at the ballot box.  While racial prejudice is decreasing, "ethnic" prejudice against the Sikhs is also decreasing, but at a much slower pace.  ("Ethnicity" characteristics which distinguish a people are defined by the Law Lords.)

Also, Sikh focus since early arrivals has been material gain and not political careers. In UK, politics does not pay.  The first generation Sikh immigrants from late 1950s were not interested in politics, but in making money by working 7 days a week doing as much overtimes as possible. No job was too difficult for them. First priority was to buy own house and then, in later years, to buy properties and businesses.

On the other hand, black socio-political activism goes back many decades.  Muslims are known for religio-political activism. Hindu first generation were better educated and could not work in foundries and factories.  Many went into local politics for “expenses” and other perks. In my own circle some even returned to India unable to work in factories like the hardy Panjabi Sikhs. Today, on the average, both communities are  less well off than the British Sikhs.  Very few Sikhs depend on state welfare system.

So, next generation well qualified Sikhs, have hardly any political heritage or track record of dedicated local political activism with any main political party. Exceptionally, where there is such a record, either the candidate is not of the right calibre to get the Parliamentary ticket, or not given a winnable seat. The Sikh Manifesto addresses this bias in the selection procedure as a high priority.

Positive developments are:  increasing Sikh numbers, well established Gurdwaras as Sikh focal points and increased extrovert as well as behind the scenes Sikh activism.  Sikh presence is felt in the corridors of power and in the Parliament where Sikh issues are raised quite regularly. More so with Sikh political awareness spreading through the widely circulated Sikh Manifesto.

Internal Sikh divisions have less political impact than some lead us to believe.  Other communities have own problems. This excuse is used mostly for internal Sikh politics and point scoring. That is not to say that Sikhs would not be better off if they showed more unity and common political direction.  However, unlike, especially the Muslim community, block voting is not the Sikh way.

The stress should be to encourage young well educated Sikhs to join political parties. Next step, as mentioned in the Sikh Manifesto, is to lobby political parties to allocate winnable seats to well qualified Sikh candidate with a good record of local community service. Identity Sikhs living in areas with hardly any Sikh population have succeeded in local elections. However, national level politics is a different ball game.  The stakes are higher and so are the suitability and qualification requirements.

Otherwise, we should be content that Sikh issues are being taken up by MPs who are well briefed about Sikh aspirations and concerns.  That continues to be the main aim of the Sikh Manifesto UK. 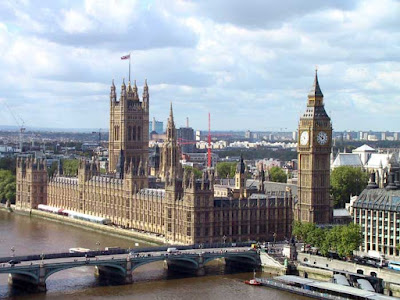